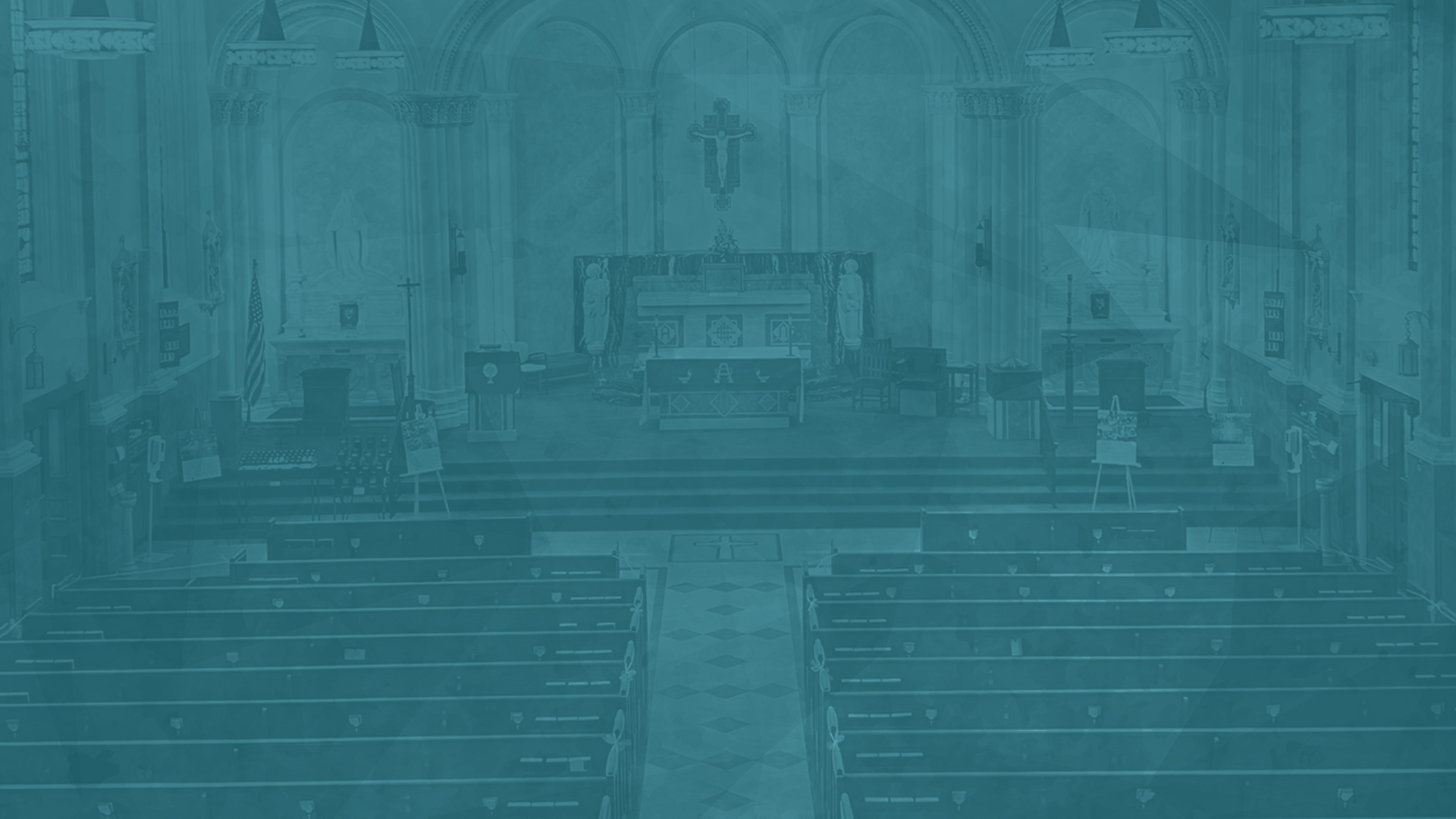 The Rite of Holy Mass

Outline of the Rite of The Holy Mass

A Catholic Mass starts with the processional of the priest toward the sanctuary of the church. After the entrance procession, there is often a gathering song followed by a Greeting to the assembly, the Penitential Rite (a time of reflection on one's sins and a prayer for God's mercy), concluded with the Opening Prayer.

LITURGY OF THE WORD

This part of the Mass will offer Scripture readings from the following areas:

First Reading: A scripture reading from the Old Testament

Responsorial Psalm: A Psalm selected from the Book of Psalms. The congregation interacts by offering a response (usually sung).

Second Reading: A scripture reading from the New Testament

Gospel Acclamation: The people praise Christ's presence in the sacred Word of God.

Gospel Reading: Taken from one of the four Gospels of either Mathew, Mark, Luke or John.

Homily: The priest or deacon will address the congregation on what has been read.

Prayer of the Faithful or General Intercessions: A collection of short prayers of petition. After each petition is said the congregation will respond by saying, "Lord, hear our prayer" or something similar.

LITURGY OF THE EUCHARIST

The Liturgy of the Eucharist, along with communion, is the most sacred part of the Mass. Catholics will kneel during the Eucharistic prayer, but non-Catholics may remain seated.

Presentation of the Gifts and Preparation of the Gifts: The bread and wine are brought to the altar along with any monetary offerings for the poor that may have been
collected from the congregation. The Offertory hymn may be sung at this time.

Prayer Over the Gifts: The priest may say or sing this prayer.

Eucharistic Prayer: At this time the congregation will kneel.

Lord's Prayer: The reciting of the Our Father.

The Sign of Peace: The priest will prompt the congregation to offer each other a sign of peace. You will shake the hand of people around you, perhaps saying, "Peace be with you."

Breaking of the Bread / Lamb of God

Distribution of Communion: People process in lines to the front of the Cathedral, receive communion standing and then return to their seats. After returning to their places, people are encouraged to immediately sit down or kneel in silent prayer.

If you are not Catholic, you may process to the front and cross your hands across your chest to receive a blessing or you may remain seated or kneel in prayer while communion is being distributed.

Never mistake this time of movement of the people to the altar to receive communion as any type of an intermission. This is a sacred time for Catholics. Do not engage in unnecessary conversation during this period of the Mass. There should be no unnecessary trips to the bathroom or other diversions. Please do not let children run in the aisles. Instead, take them to the back of the Cathedral until their needs are met and make sure your cell phone is off.

This segment is the conclusion of the Mass and contains the final prayers and blessings. The priest will leave the church in a procession accompanied by a hymn.

Solemn / Final Blessing: Given to the entire congregation.

Dismissal: Given by the presider, usually by saying, "The Mass has ended. You may now go in peace."

Recessional: The priest processes out of the church during a final hymn.
Back to Top Share this page on